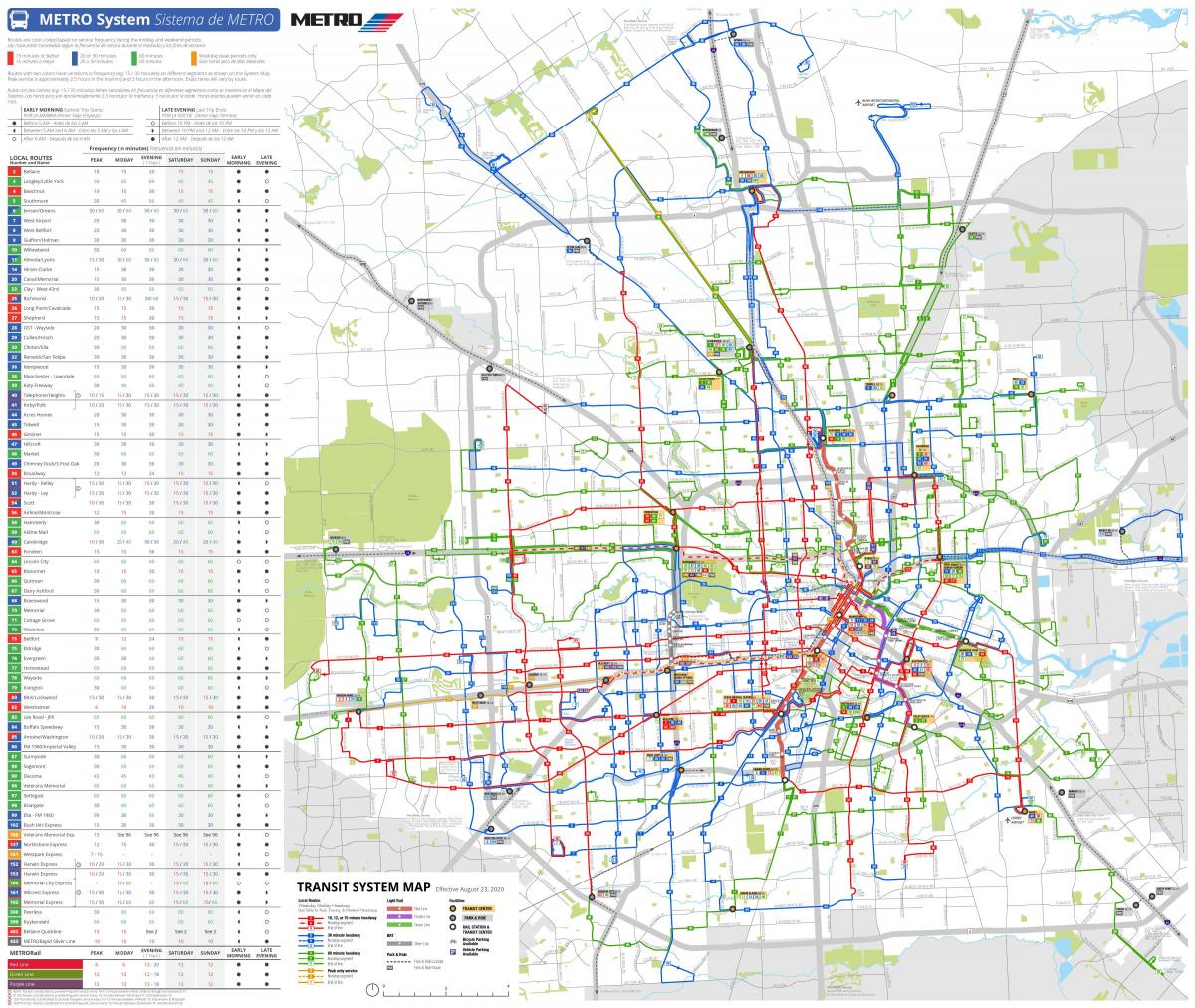 The Metropolitan Transit Authority of Harris County, Texas, or METRO, provides public transportation in the form of buses, trolleys, and lift vans. METRO began running light rail service (METRORail) on January 1, 2004. Currently the track runs approximately 8 miles (13 km) from Downtown Houston to the Texas Medical Center and Reliant Park. METRO operates an extensive park-and-ride bus system to serve many of Houston outlying suburban areas as its mentioned in Houston transports map. Most of the park-and-ride buses run in barrier-separated high-occupancy-vehicle (HOV) lanes that provide direct service from park-and-ride parking lots to major employment destinations. Prior to the opening of METRORail, Houston was the largest city in the United States without a rail transit system. Following a successful referendum held locally in 2003, METRO is currently in the beginning design phases of a 10-year expansion plan to add five more sections to connect to the current rail system. An 8.3 mile (13.4 km) expansion has been approved to run the service from the Uptown through Texas Southern University, ending at the University of Houston campus.

Through collaborative relations and innovative approaches, METRO will be an industry leader in delivering timely and efficient service that is transformative by providing multi-modal interactions for communities to connect to everyday work and life opportunities. METRO mission is to provide safe, clean, reliable, accessible and friendly public transportation services to our region (see Houston transports map). The Texas State Legislature authorized the creation of local transit authorities in 1973. In 1978, Houston-area voters created METRO and approved a one-cent sales tax to support its operations. METRO opened for business in January 1979. The Authority has transformed a broken bus fleet into a regional multimodal transportation system.

Public transit is not the most popular mode of transportation in Houston, but it does exist. More than five million people take the city local METRO buses every month, with another two million using the METRORail train and commuter network park and rides. There is something of a learning curve when navigating the METRO system, but it can be a nice alternative to battling Inner Loop traffic by car. Most people who use mass transit in Houston use the bus system. There are dozens of routes that criss-cross the city and while it might take a little longer than driving, it goes pretty much everywhere you need it to go. Houston light rail is not long — 22 miles of track barely scratch the surface in a city whose metro area spans nearly 9,500 square miles — but it still manages to carry over 600,000 passengers a day as you can see in Houston transports map.